The 5-clawed Dragon, center of Chinese spirit and philosophy: iconography and use in Fengshui 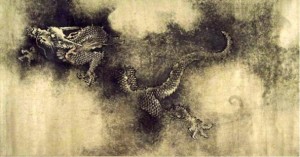 The Dragon carries the essence of life, in the form of his heavenly breath, whose Chinese term is Sheng Qi. Cosmic Qi comes out of his breath, a fundamental basis for studies on Fengshui. Mountains, valleys, rivers, buildings and roads are all related to an imaginary dragon that with its head, claws, tail, veins indicates the Fengshui of a place. He gives life and gives his power to him through the seasonal cycle, bringing water from the rain, the heat from the sun, the wind from the seas and the soil from the earth. The Dragon is the complete representation of Mother Nature’s forces. The greatest divine force on Earth.

A pregnant dragon is said to be more auspicious and highly sought after by Fengshui practitioners because it is easier to tame and has omnipotent powers that normal dragons do not have. Furthermore, only a 5-clawed dragon is considered a true dragon, which is why this dragon was reserved for the emperor while the others with 3 or 4 claws were left to the rest of the population. There is a saying in the Qing dynasty: “The five claws belong to the dragon and the four claws belong to the python”. With its omnipotent abilities and the power to bless luck, the 5-clawed dragon is a metaphor for success, multiplies luck and overflows. The dragon is said to be the most propitious celestial creature for stimulating financial power. 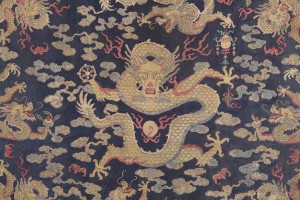 In Fengshui, the Pearl symbolizes all fortunes and riches, the representation of the dragon grabbing the pearl symbolizes the one who has the extraordinary ability to control his own fortune and wealth. The Dragon with the pearl is therefore an excellent Fengshui support for people who want to increase their wealth, it is a “must” for all homes and offices, and is also highly recommended for anyone who wants to be very successful in the future, or anyone. want to achieve a very respectable status in society. 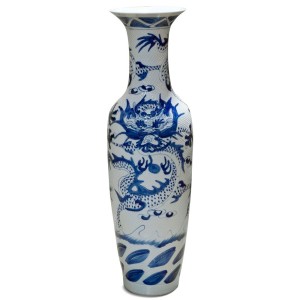 A vase showing a mighty dragon circling around the magical pearl