What is the green ray, what is its energetic meaning and what are its possible applications in our homes with Fengshui. 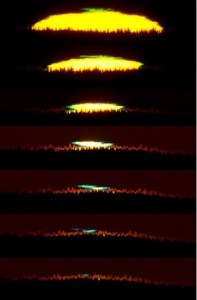 We know from science how the green ray originates on the horizon line at sunset or sunrise, but we also know its profound meaning from poetry. 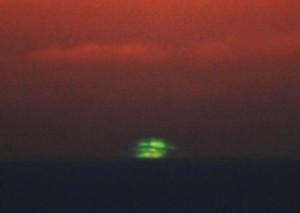 Sunlight can turn green when the disk disappears on the horizon

The green color is associated with the IV chakra (Heart Chakra), the Earth is the green planet and its vital pulsation depends on this color and the plant world.

The green ray appears on the horizon line, not casually, just by the point where they separate and paradoxically also join two worlds: the finite one of our Earth and the infinite one of our Heaven.

Along this line we have represented the fundamental paradigm of Fengshui: the union of Earth and Heaven, of Yin and Yang in the Tao. In the Eastern view we can see that there is no split between physical phenomenon and metaphysical value, they are both valid while the Western world tends to absolutize the physical value of scientific interpretation and to relegate the “esoteric” interpretation into the repertoire of “legends”, helping to distance man from the profound meaning lying behind the phenomenal world.

The green ray really “signals” the presence of a space-time threshold, a passage point well known since ancient times (in India called “tirtha”).

Even in our homes the management of the green color is of fundamental importance both in relation to the plant and mineral world: plants and stones are the extraordinary cures of Fengshui that often solve major energy problems. 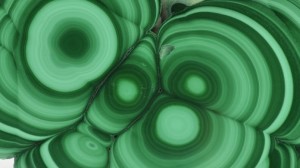 Energy pattern of malachite widely used in crystal therapy, also suitable for use in Fenghsui

Therapeutic plants that can be used in the Fengshui garden

And if we want to try to simulate a “green ray” effect at home, what could we do?

First of all, we should find a horizon line to the east or west, at a window and / or a balcony, where the sun rises or sets.

Then place a green crystal aligned between the rising or setting sun and the window, in order to “transform” the white light into green. The most suitable natural green crystal is  fluorite which crystallizes in the octahedral system and allows magnificent light refractions. Even the raw emerald performs the same function very well. 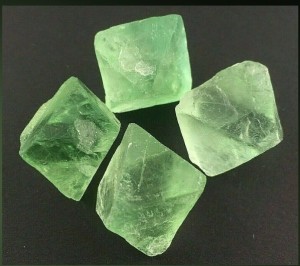 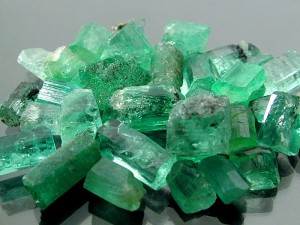 What if we have no lines that allows us to see the sun in alignment with an opening in our home as it rises or sets?

We should build a fictitious horizon line on an east or west facing wall where we can place the green crystal in front of a pictured sun and then artificially illuminate it.

One solution could be to build a shelf immediately under a painting or a picture of a seascape at sunset / sunrise and then place the chosen crystal on it. 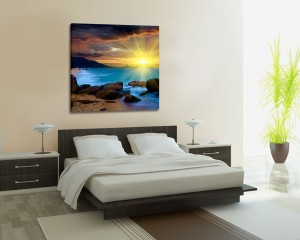 Wall with sunset over the sea

From a practical point of view, both the first and the second solution are not easy. In the first case, because it is a question of finding the right point to align the crystal and the combination is anything but simple, unless you have a wide view without obstacles on the east / west horizon line. In the second case, however, you have to choose the image well, then place a small shelf with the crystal and illuminate it with a spotlight; in this case, having an empty wall to the east / west the game is easier, but obviously the energy effect is lower than the natural arrangement of the crystal towards the true line of the horizon.

In any case, the Fengshui result would be very interesting, being able to amplify the green vibration of the IV chakra and thus opening the communication between the inner and the outer dimension, between inhabitant and visitors, between internal and external world, between macrocosm and microcosm.